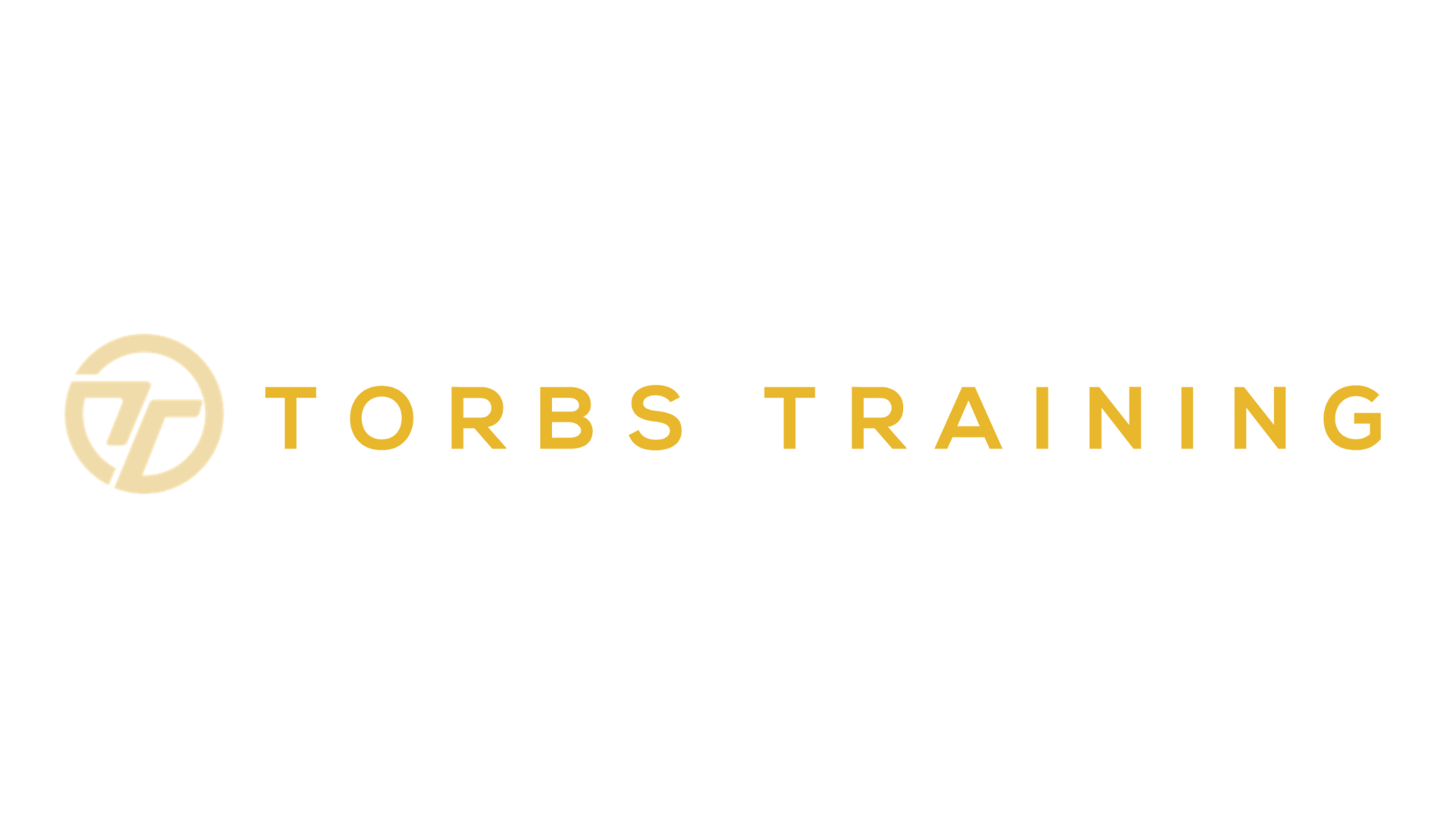 Intermittent Fasting 16/8: Results Before And After 6 Month Weight Loss 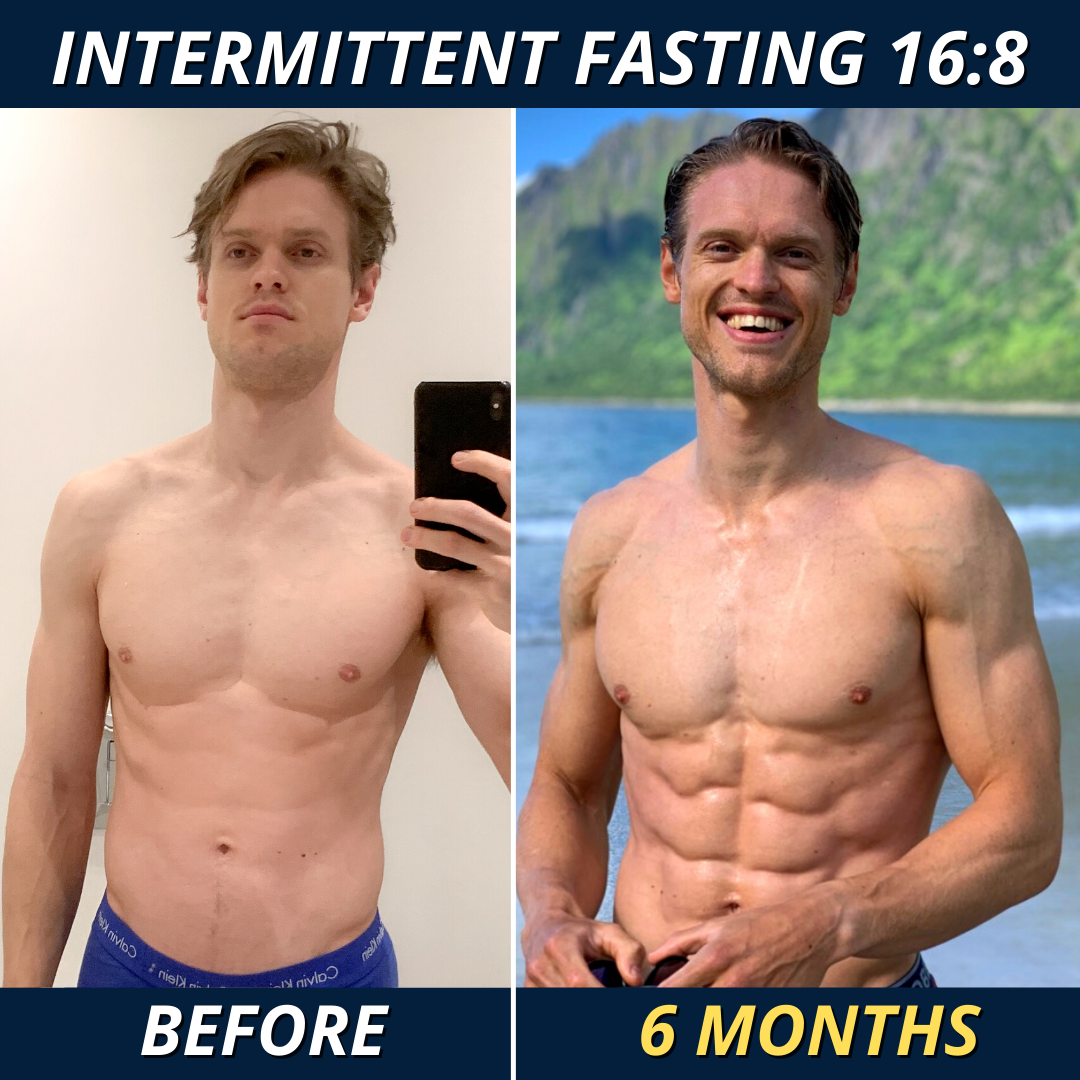 Part 2: What is intermittent fasting?

We millennials are quite creative. We have turned skipping breakfast into "intermittent fasting". You have probably heard the term, but dismissed it as just another hipster diet. But it is:

A) not just for hipsters
B) not even a diet.

Fasting has been around for centuries. But in the mid-2000s, the Swedish nutritionist and personal trainer Martin Berkhan popularized the term intermittent fasting for fat loss and strength gains with his “16:8” protocol, also known as Lean Gains.

Here you only eat during an 8-hour time window, before fasting for 16 hours. If you sleep for 8 hours, then you effectively just fast for the remaining 8 hours. A common “eating window” is between 12:00 and 20:00. However, the timing is totally up to you as long as you constrain it to just 8 hours.

Not a diet. An eating pattern.

The reason most diets fail isn’t because of eating the wrong foods. It’s because we don’t actually follow the diet long-term. And since intermittent fasting requires very little behaviour change, it is one of the simplest strategies for both getting lean and staying lean long term. As the author James Clear, author of Atomic Habits put it; it falls into the category of being: "simple enough that you will do it, but meaningful enough that it will make a difference".

Intermittent fasting does not change what you eat, it simply changes when you eat. Thereby it’s actually not a diet, it’s an eating pattern. And when you restrict the number of meals you eat, you would in isolation also eat less - unless you equally compensate for the size of your other meals. The end goal is to stay in a calorie deficit (=calories in < calories out) with as little hassle as possible.

Here is an illustration of my personal intermittent fasting (16:8) eating and fasting schedule.

Breakfast: Note, the word breakfast simply refers to whatever meal that “breaks your fast”, either that is eaten at 07:00 or 12:00. Since I love "breakfast"-type of food, I still eat them. Just around lunch time (read: 12:00).

Lunch: The second meal is usually a chicken salad or an omelette with beans on the side.

Workout: Then I usually have my workout around 17:30 as I feel I have most strength later in the day. This is individual of course.

Dinner: For dinner around 19:00, I have one portion of protein, some good carbs and veggies. For example that could be salmon, sweet potatos and baked veggies.

"But I would be starving!"

If this is your first encounter with intermittent fasting for fat loss, I know what you are thinking: “It’s impossible to not eat before lunchtime! I would be starving”. I have been there. I used to crave food as soon as I woke up. Not because that was how I was genetically mounted. But simply because that was what my body was used to.

Usually, I would have a quick protein smoothie within 15 min of waking up, before rushing off to conquer the day. As a consequence, my body expected food immediately after waking up. But after getting accustomed to intermittent fasting, the feeling of hunger strangely enough does not occur before noon.

Changing my body ́s expectations only took a couple of days. It is actually remarkably easy to implement intermittent fasting once you get over the idea that you need to eat as soon as you wake up.

Q1: What about kickstarting your metabolism?

Well, unless your scooter is called Metabolism, you don’t have to kickstart anything. It is probably true that breakfast used to be the most important meal.

But when it comes to the actual need of calories before lunch time (read: 12:00), history has changed. Breakfast was considered the most important meal of the day when hard physical labour was the norm in most occupations. Now, due to how little physically demanding modern day labour has become, that logic no longer applies. It is also commonly believed you need breakfast to “kickstart your metabolism”. It is true that our metabolism will increase, not start, during periods of digestion. However, the peak is relative to the number of calories eaten. Thereby, your metabolism during 24 hours is affected by how many calories you eat, not when.

Fasting has no magic weight loss properties, other than helping you in a calorie deficit. Meaning, even if you implement fasting but are still eating too many calories – you won’t lose weight.

The result? Both diet styles resulted in the same outcomes.

Q3: What about morning / night workouts?

Most people prefer exercising right before their first meal (ex: 11:00), or before dinner (ex: 17:30). Because, if not - you will go for a long period without eating.

If you prefer to exercise in the morning, you can have a small protein shake right after your workout (ex. 08:00) - if you really need it. But, then you are technically not fasting, unless you end your eating window with an early dinner (ex. 16:00).

Q4: Who should be careful with intermittent fasting?

If you’re a healthy individual, fasting is perfectly safe. With that said, fasting may not be suitable for everyone. You should avoid fasting if:

As always, check with your doctor before starting a new diet and exercise program. Plus: since intermittent fasting is primarily used for weight loss / management, people who struggle with gaining weight might consider to add more meals, not limit them.

Q5: Are there other benefits than fat loss?

Yes, fat loss is not the only benefit of fasting. Besides centuries of documented health benefits such as prevention of cardiovascular disease and cancer, it makes your day simpler and less stressful. When I wakeup, I don’t worry about breakfast. I just grab a glass of water and my precious black coffee before I start my day. In fact, I actually don’t mind cooking, so eating five meals a day was never a hassle for me. However, now I eat two meals less per day, which also means less planning, less cooking and more time for other things.

Q6: Can I drink during the fast?

Yup. Any calorie-free beverages are fine; coffee, water, diet drinks, etc. If you wish to add a splash of milk into your coffee, go for it. Just remember, though: a splash.

No. As long as you’re not being an idiot – fasting for an entire week while strength training – muscle loss is a non-issue. Thankfully, we have research to support this. In a 2016 study, researchers examined the effects of strength training three times per week in combination with fasting. The researchers split 34 men who already had experience lifting weights into two groups:

Both groups consumed the same number of calories (and protein). At the end of the study, neither group had lost lean mass or strength. And a 2019 study found similar results in female trainees.

Intermittent fasting is one of the simplest ways of managing your nutrition and weight. Fewer meals would, in isolation, lead to fewer calories consumed. Your body quickly gets accustomed to your new eating pattern. So give it a try  yourself. Also, if you want to put this into a step by step program, you can head over to my programs sections and join my challenges today.

Make sure to subscribe to my YouTube Channel and give this video a thumbs up there.
Good luck, Torbs!

The Secret To Lasting Motivation

Office Stretch Routine: Only 6 Min To Prevent Back Pain 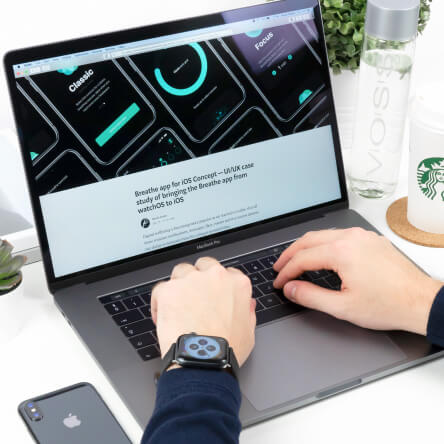 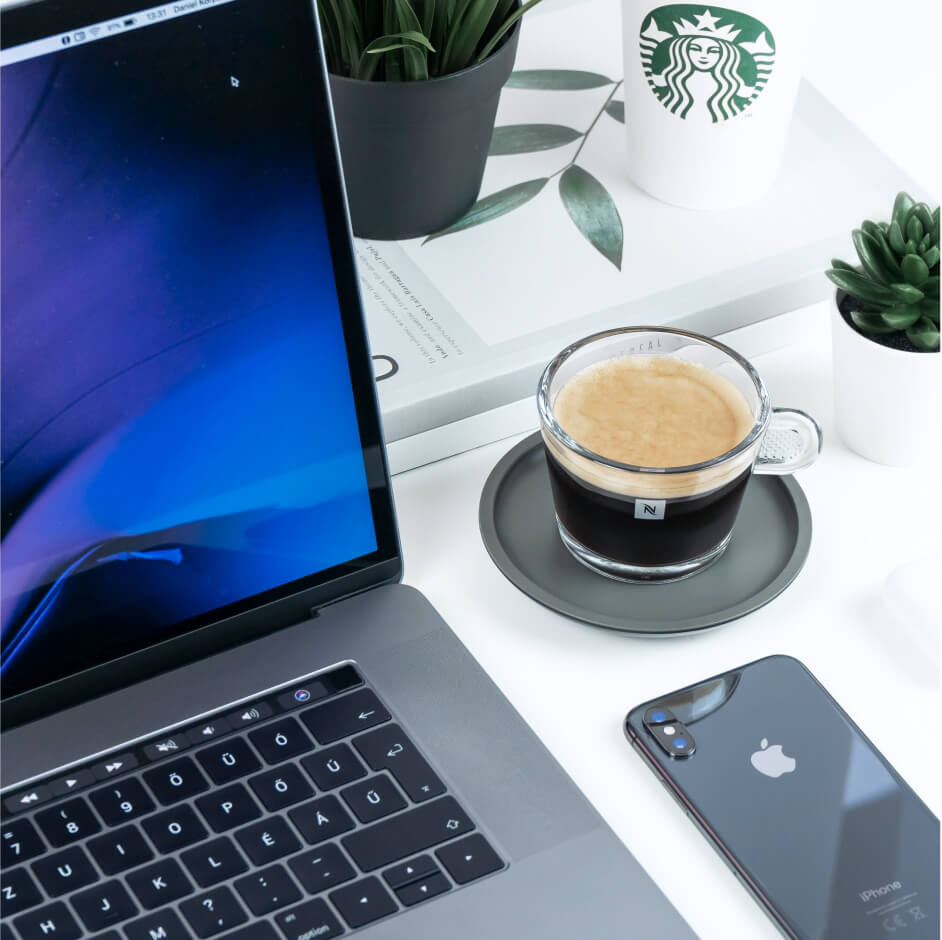 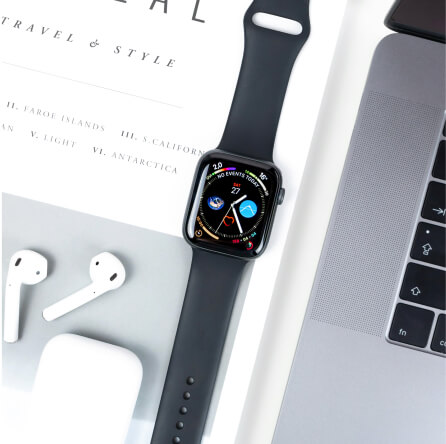 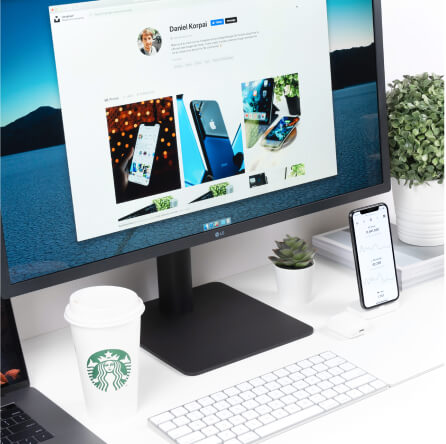 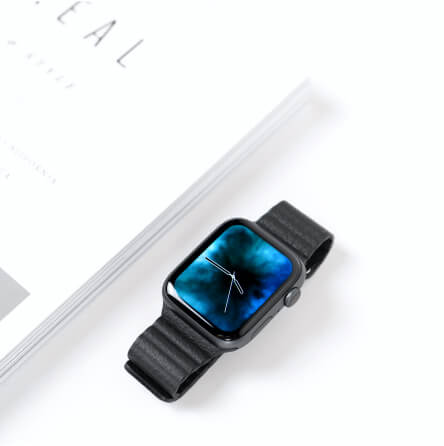 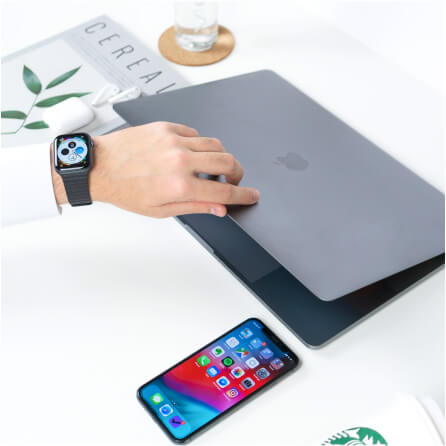 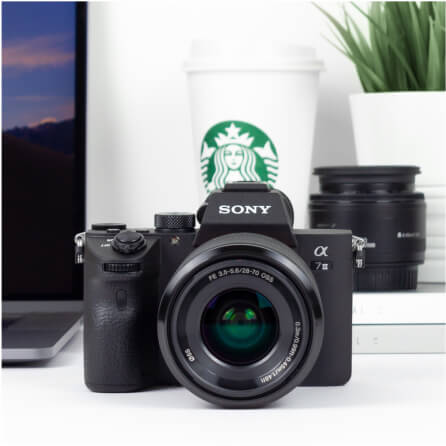